This week’s short Feature Video is one that we never expected to be able to film as it features a formation of three bomber aircraft built by Avro, each of which is very rare in its own right, meaning that the flight of all three together is almost certain to be a unique event.

In August 2014 while the Canadian Warplane Heritage Museum Avro Lancaster bomber C-GVRA was in the UK it flew in formation with the Battle of Britain Memorial Flight Lancaster and Avro Vulcan XH558 between RAF Waddington in Lincolnshire and RAF Marham in Norfolk. The video shows the end of that flight at RAF Marham as the aircraft fly over and the Vulcan leaves the formation for an airshow appearance further south at Clacton. Now that C-GVRA is back in Canada it’s extremely unlikely that a formation like this will be seen again, so it was certainly a privilege to be able to witness this unprecedented event.

Those of you who’ve been on our mailing list for some time will know that The Vintage Aviator Ltd usually run several flying display days during the summer months. The good news is that from this season onwards, it looks like there will be many more chances to see their WW1 aircraft in action. The following info is taken directly from the TVAL Facebook page:

Due to increasing numbers of aircraft and a heavy ‘away shows’ commitment in NZ and overseas, our TVAL air shows are changing to accommodate more practice and handling for our pilots. Flying will now take place over the last weekend of every month from November to April. This season’s air shows commitment will unfortunately affect our new flying dates however we expect ‘the last weekend of every month’ to become the norm over coming seasons. Monthly flying will focus on handling and practice in the mornings and display practice in the afternoon with a late afternoon option to take advantage of the generally still evenings if weather has prevented flying during the day.

The new flying weekends are casual with none of the previous air shows infrastructure, parking, food stalls etc, so bring your own seat and refreshments. Hangar tours will be offered outside of flying hours. Flying will be scheduled from 10.00am to 12.00pm and 2.00pm to 4.00pm Saturday and Sunday, with a Saturday only option of 6.00pm to 8.00pm if flying that day has been held up with weather. Additionally, the new flying weekends will see the introduction of the TVAL Supporters Club offering exclusive opportunities for private group displays, pilot presentations, and our very limited up and coming Wellington Workshop Tours.

Remember that if you want to see TVAL’s four originals or rare reproductions flying, you’ll need to come to a TVAL flying weekend. TVAL’s replica collection and sometimes one or two of our reproduction aircraft will represent TVAL at other air shows.

New WW2 DVD Bundle Offer: When we released the new Dogfight! World War One Aircraft DVD and BluRay we also offered it as part of a bundle with our older Classic WW1 Fighters DVD and this has proven to be very popular. We’ve had lots of people ask us if we can do the same with the Classic WW2 Fighters DVD, so we’re now pleased to offer that older title as part of a two disk bundle with our DH.98 Mosquito DVD (or BluRay) for those of you who haven’t yet picked up a copy.

Check out the link at the right for a couple of reviews of the two recent releases.

We’re looking forward to being able to catch up with many of you during at least one of the awesome flying events coming up here in New Zealand in the next couple of months. Roll on summer! 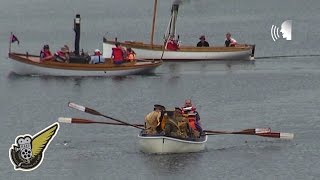 NZ EVENT REMINDER – November 8th & 9th 2014: Armistice In Cambridge – This is the largest commemorative event in New Zealand that marks the Anniversary of the signing of the Armistice between the Allied nations and the German Empire in 1918, ending the First World War. As with the event last year, this year the bulk of the show’s activities will be held at the Mighty River Domain park at Lake Karapiro, just 8kms south of Cambridge. For more info see the website at Armistice In Cambridge.

NZ EVENT REMINDER – November 29th & 30th 2014: The Vintage Aviator Ltd Flying Weekend – This will be the first of TVAL’s new flying weekends which are scheduled to be run over the last weekend of every month from November to April (with some exceptions due to airshow commitments). As always the show will be held at Hood Aerodrome in Masterton. Flying will be scheduled from 10.00am to 12.00pm and 2.00pm to 4.00pm Saturday and Sunday, with a Saturday only option of 6.00pm to 8.00pm if the earlier flying that day has been held up with weather. For more information keep an eye on The Vintage Aviator’s F acebook page. Bring your own seat and refreshments. 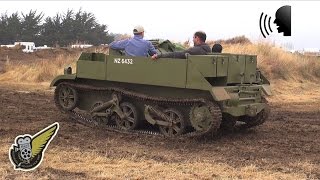 NZ EVENT REMINDER – January 16th-18th 2015: Wings Over Wairarapa 2015 – The first major NZ airshow of 2015 is on at Hood Aerodrome in Masterton in January. If you haven’t yet got your travel and accommodation plans sorted out then now would be a good time to start getting them sorted out. As always the airshow will be held at Hood Aerodrome in Masterton. For the first time, Wings 2015 will be a FOUR day aviation event combining three flying display days, an adventure aviation rides day, a tradeshow featuring a national UAV symposium and a two day UAV trade exhibition by the New Zealand Unmanned Aviation Vehicles Industry. For more info see the Wings Over Wairarapa website.

Canberra XH134 as seen at the Sywell Airshow in August 2014 — this is the only airworthy Canberra of its type in the world and is run and maintained by the Midair Squadron in the United Kingdom.

Click the image above to open the page containing a link to the full size photo you can download and install on your computer as a desktop wallpaper image.